The pre-fabricated, affordable, and stylish mail-order houses sold by Sears were one of the first iterations of the “American Dream Home”. Both knock-offs and originals of several different versions of these homes can be found in suburbs, towns, and small cities throughout the United States today.

I built two vertically conjoined identical kit houses based on the 1912 Maytown Home, replicating each architectural element in exact detail at a 1/12th scale. I was interested in the marriage of historical forms with contemporary construction techniques as an analogy for the mutually reinforcing evolution of form and technology. The sculpture, in its finished state, was made of oak, pine, and steel, using stick-built frames. A torqued, geometric steel hourglass supports the top house, visually balancing the two forms, one on top of the other. Playing with the idea of smoke and mirrors, one house seems on the verge of toppling over, literally positioned upside-down. The base house was built from oak, a hardwood used frequently in early construction due to its durability, while the top house was built from pine and plywood, which is primarily used today and is significantly cheaper. The houses meet at one point only, a seemingly dangerous place to view up close, but where both the elaborate woodworking and high-quality machining are most evident. 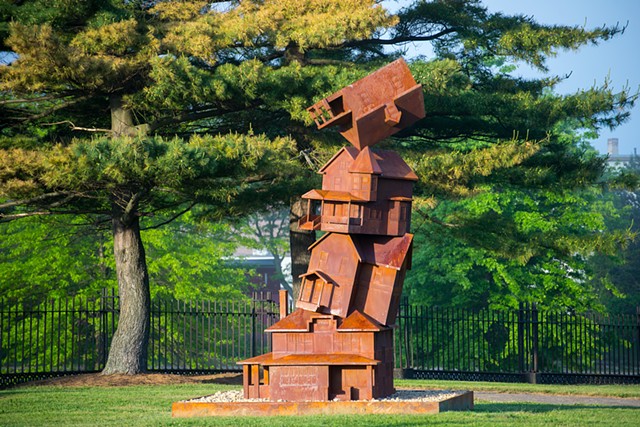 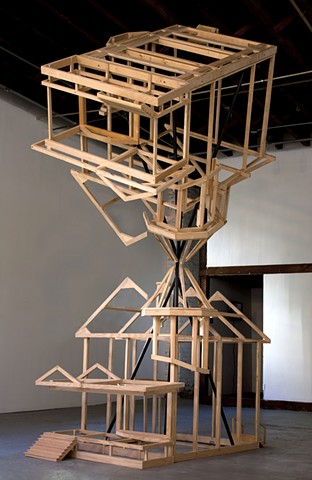 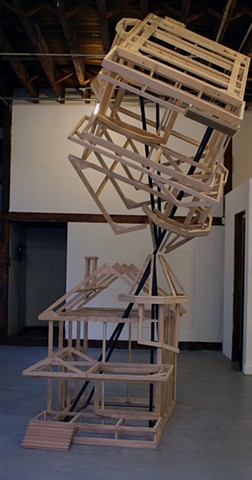 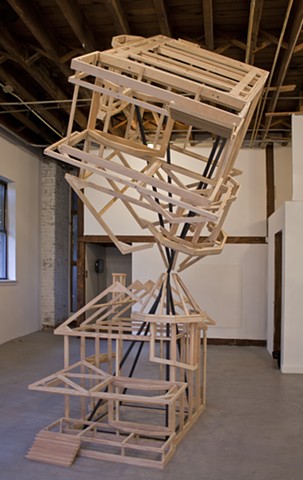 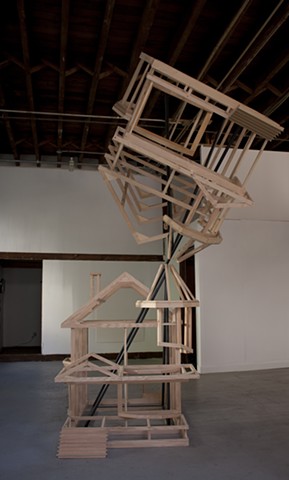 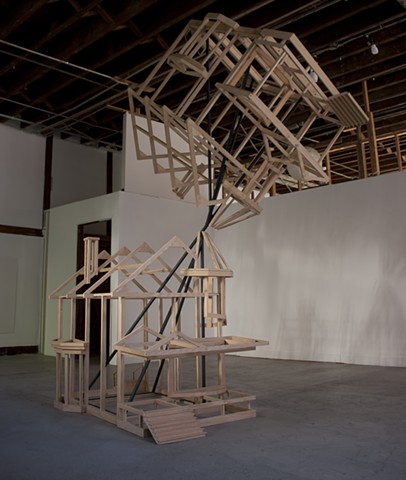 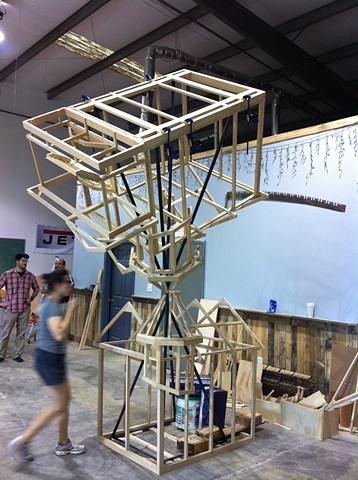 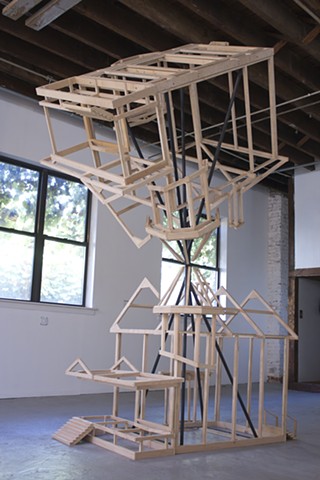 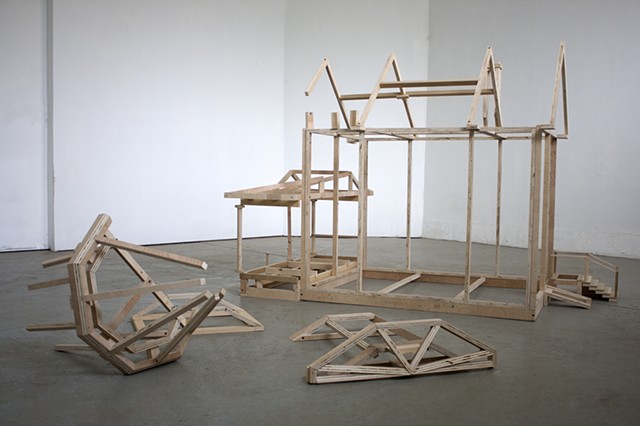 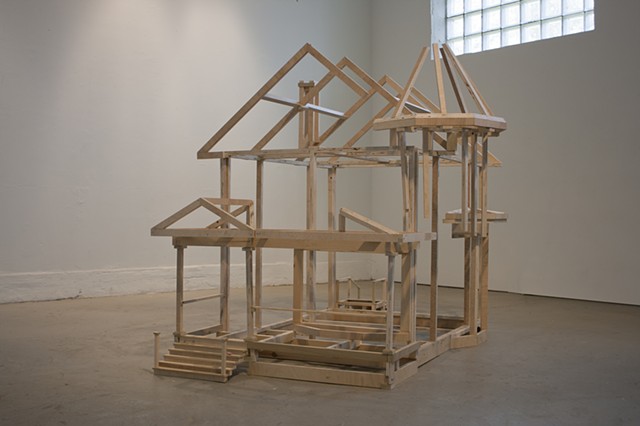 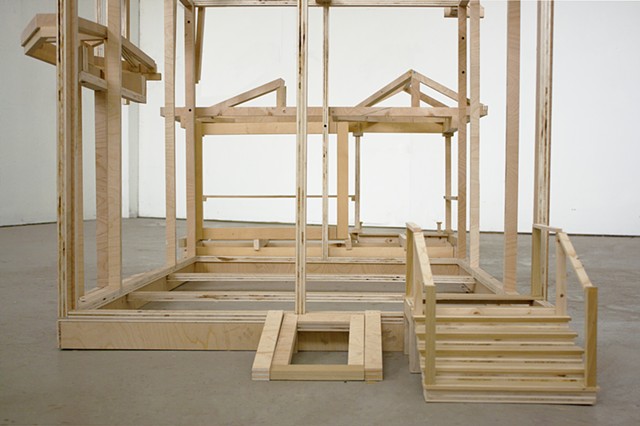 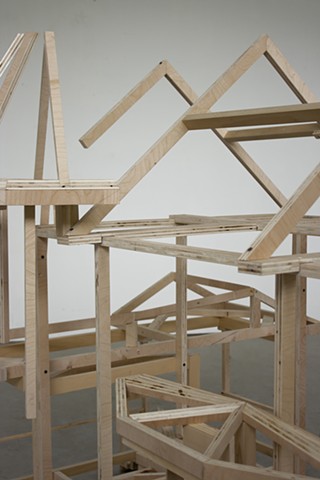 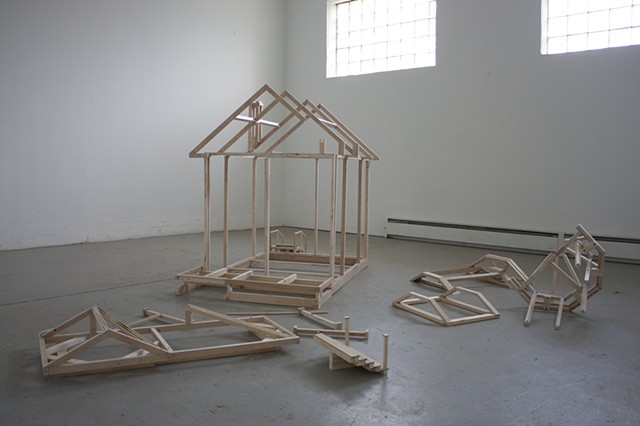